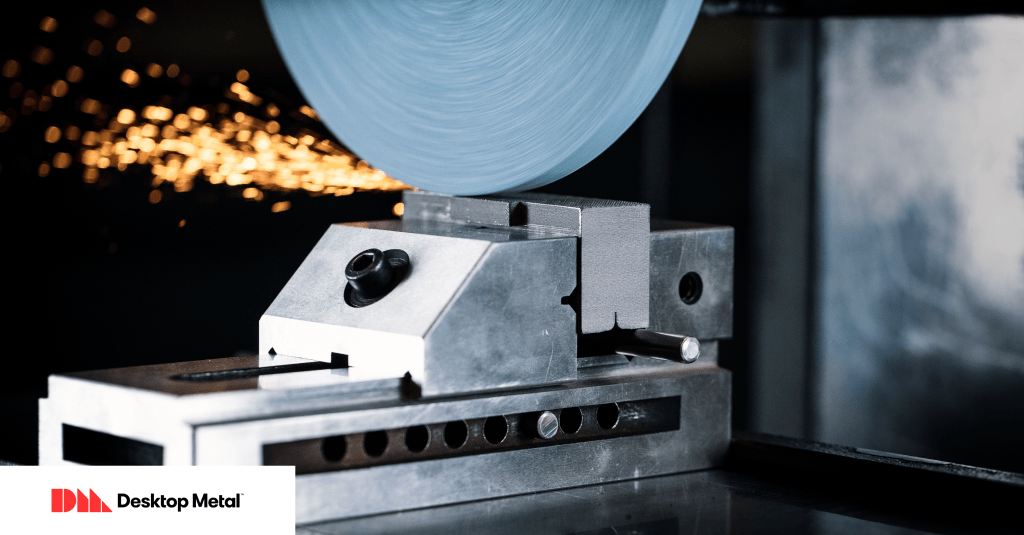 When last we wrote about Desktop Metal, Popular Science had just recognized the company’s Production System as being among 2017’s Best of What’s New in the engineering category.

We at Aidex were impressed by the news and also proud to be representing Desktop Metal in the educational technology marketplace in six Midwestern states: Illinois, Indiana, Iowa, Kansas, Missouri and Nebraska. 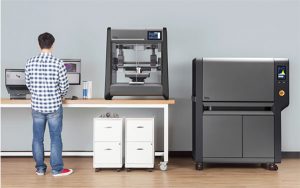 Now there’s one more reason to say yes to Desktop Metal: a Massachusetts-based mold and design firm that recently put the Studio System to the test in a commercial application.

Like other mid-size companies, Built-Rite Tool & Die is challenged by high tooling costs, long lead times, and complex mold assembly components associated with injection-molded manufacturing. To be competitive, they need the ability to produce precision molds quicker and more cheaply.

For Built-Rite, the Studio System offered the opportunity to make quick-turn mold assembly components using a process that is far less labor-intensive than other equipment in their machine shop and more cost-competitive than a third-party prototyping firm. The system allows injection mold manufacturers like Built-Rite to realize the benefits of additive manufacturing—including reduced cost-per-part and lead-time, as well as the ability to print complex designs—to improve operations without relying on third-party vendors. By reducing material usage and printing with closed-cell infill, Built-Rite also sought to lightweight parts within the mold assembly without impacting wear resistance required for tooling applications. 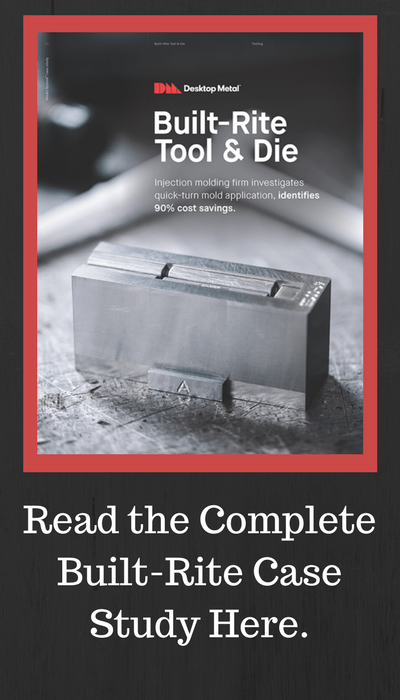 Deposition™ where metal rods – composed of metal powder and polymer binders – are heated and extruded onto a build plate to shape a part layer-by-layer. The part is them immersed in a proprietary debind fluid in a debinder. Finally, it is sintered in an office friendly furnace. This three-part system is designed as an end-to-end solution for in-house metal 3D printing for commercial and educational applications.

Built-Rite conducted a thorough assessment of Desktop Metal’s Studio System and the overall process and evaluated part performance. We’re pleased to report that Built-Rite experienced a 90% cost-per-part savings, was able to produce green parts in hours rather than weeks, and clearly demonstrated the potential for Desktop Metal’s Studio System in commercial tooling applications.

Desktop Metal continues to prove the value of its metal 3D printing systems. Aidex welcomes the opportunity to provide you with additional information, set up a meeting with a technical sales rep in your area and/or provide pricing. You can even say, “Yes” to all three! Contact us and start a conversation.