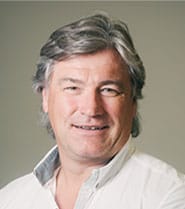 Last spring I got a call from an old business colleague and friend, Terry Cambron. He had something he couldn’t wait to tell me.

“I’ve got a new job with a tech company out of Boston. They’ve hired me to build their educational sales pipeline. I immediately thought of you!”

My antenna went up, which they always do when people use the words new, education, and technology in the same sentence. “Who…”.Terry was off and running before I got the question out of my mouth.

“Desktop Metal. You’re not going to believe who’s backing them! Google Ventures, BMW, GE, Lowes, and a bunch of other major companies have invested more than $210 million in the company. This is gonna be big!”

A $100 million for a start-up tech company? That’s a big number, even by Rossville, Indiana standards. I was both surprised and intrigued so I asked the obvious question. “This is not the first metal 3D printer on the market. What’s so great about it?”

Terry jumped on my question like a dog on a bone. “Desktop Metal is 100 times faster and ten times cheaper than the other guys and it’s virtually plug-and-play. Everything – the printer, debinder, and furnace – can be set up in a regular room or lab. Schools can now make commercial grade parts in a classroom.”

The gears in my mind began racing. This could transform engineering and tech education. I wanted to know more about Desktop Metal and how quickly Aidex could get it out to customers across the Midwest. Terry was a step ahead of me.

“Why don’t you fly to Boston and meet the Desktop Metal team?”

Of course I said yes. (Did he really have to ask?) Those who know Aidex know we always have the latest in educational technology. We make it a priority to be first to have what’s new. And while we’ve sold 3D printers before, this would be the first 3D metal printer. Up until now, the technology has been far too expensive and industrial for all but the most sophisticated university engineering programs. With 3D printing as the new norm of prototyping and commercial production in plastics, industry and educators have been clamoring for an affordable 3D metal printer.

Desktop Metal has answered the call with its “Studio System” that is perfect for the educational environment. First, the Studio System is the only end-to-end solution on the market and includes the printer, debinder and furnace. This allows the user – faculty or students – to take a concept from CAD drawing to a commercial grade part using a single, integrated system.

Desktop Metals’ Metal 3D Studio Printing System has the potential to accelerate innovation in universities. Thanks to this affordable technology, schools can give students the opportunity to move beyond CAD drawings to making actual metal parts. The production speed – 48 hours from start to finish – will also enable more prototyping. I’m excited about getting this latest hands-on learning technology to our customers as quickly as possible! 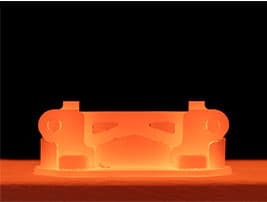 Also interesting is Desktop Metals’ sinter; it’s microwave enhanced so finished parts achieve high densities comparable to wrought alloys. You could literally design a metal part for a high performance car and use it. (Always handy as you never know when your ’65 Shelby’s going to need something.)

The DeskTop Metal Studio System cuts production time to next to nothing. If you were to send a metal part out for prototyping using traditional production processes, it would take at least four weeks before you got your finished part. Desktop Metal’s Studio System can turn a 3D metal printed prototype in 48 hours. Impressive. 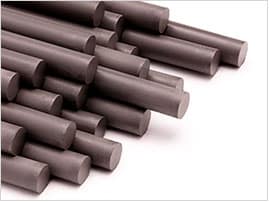 Schools don’t have to have a specially ventilated facility for the DeskTop Metal’s Studio System either. It can be set up in a classroom or lab, plugged into power and the Internet, and be ready to roll. The metal for parts comes in bound rods so there’s no interaction with skin (some metals are caustic). The entire system is safe and easy to use. School can choose from many different metals, including 4140 chromoloy steel, aluminum, copper, bronze, stainless steels, titanium, and more than 200 different allows based on the application and desired performance attributes. 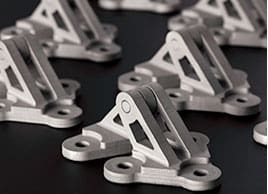 One more thing I like – even though Desktop Metal has priced has attractively priced the Studio System, schools don’t have to purchase it. They have the option to lease the hardware. Installation, training, maintenance, and a starter kit come with the purchase price. (Note: Terry was quick to point out there will be ongoing costs associated with metal 3D printing such as materials/metals.)

I won’t bore you with all the details of my trip to Boston other than I’m in love with Desktop Metals’ Studio System. I think you will be, too.