The Votes Are In: Carroll Public Library’s Makerspace Is Coming Soon! 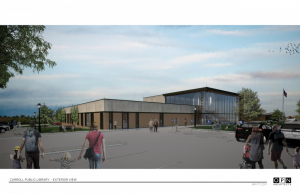 Last July, Rob Simons, our technical sales rep for Iowa and Nebraska, casually mentioned he was headed to Carroll, Iowa, for a public hearing on a new library building. We thought Rob was going to sit and listen. Little did we know Rob was going to take the podium and push the ball – a vote on $3.8 million for a new library – over the goal line. 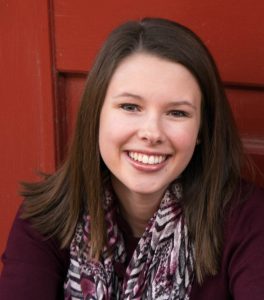 For five years, the City of Carroll, population 10,100, has been debating a new library. They had a building identified, the City Hall Registration Office, but it needed to be expanded and renovated. Carroll Public Library Director Rachel Van Erderwyck also had the vision of including a “makerspace” in the library to add innovative new resources and transform how the community uses its library.

Rachel, a native of Carroll who earned a Master’s in Library Science, is a life-long library lover who grew up reading stacks of borrowed books. Today she is an advocate for the new role of libraries are playing as community gathering places for learning and doing.

“Information technology has changed libraries. Not everyone can afford Internet access so libraries stepped in with computers and free Internet. Libraries are now beginning to add makerspaces with various types of computers, software, and hands-on technology the public can use to make a variety of things depending on their interests,” Rachel said.

One of the most successful examples of this new breed of library is the City of Omaha’s Do Space®. A branch of the Omaha Public Library, the Do Space is a $7 million digital library – there are no books – outfitted with Apple and Dell computers, 3D printers, laser printers, and more. All of it is free to the public to use.

Omaha’s Do Space operates with the mission of improving education and technology literacy. It is equally popular with small business people, seniors and school kids. Rachel shared a story of one teen who dreams of being an aerospace engineer who is using the Do Space’s plastics 3D printer to create prototypes of parts and models he’s designed.

The potential of a similar makerspace, albeit on a smaller scale, in Carroll’s library is not lost on Rachel, who says, “It’s amazing what kids pick up on. A maker’s space can be life changing for people.” 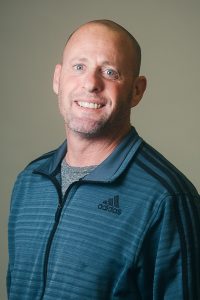 It was Rachel who invited Rob to the community hearing on the new library to share information on the types of technology the Carroll Public Library can include in its makerspace. Rob shared the following technologies available through Aidex to a packed house:

Rob was quick to explain that the library can grow its makerspace how ever they want, adding new technology as needs are identified and as new options become available. Other popular components include music and video editing software, sewing machines, and more. If you’re surprised about the sewing machine, this is new technology for the younger generation!

Rob’s remarks had a powerful effect. He was featured on the local television news and in the Carroll Daily Times Herald newspaper. Several days later when the community voted on the issue, the library funding referendum passed with an unofficial tally of 1,792 votes in favor and 1,101 votes against. Woohoo!

Now comes the fun part. Rob is traveling back to Carroll for a Tech Day at the library on Wednesday, September 27 from 12 noon until 7 p.m. He will bring a full range of technology  sold exclusively in the Midwest by Aidex so people can experience some of the options for their new makerspace. The public is invited to attend.

No one is more excited about the possibilities the new makerspace offers to Carroll residents than Rachel. “There is nowhere else in the community that offers people the opportunity to do these things. Our makerspace will bring people of all generations together to do things together.”

Aidex is happy to help bring the Carroll Public Library’s makerspace to life. As Rob said, “Libraries are for everyone. As our world moves forward in technology, this is the type of thing that allows a community to grow.”